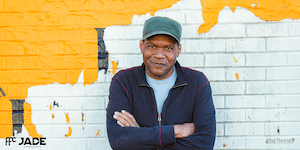 About The Robert Cray Band

Robert Cray has been bridging the lines between blues, soul and R&B for the past four decades, with five Grammy wins and over 20 acclaimed albums. For his latest project, Robert Cray & Hi Rhythm (April 28 / Jay-Vee Records), the Blues Hall of Famer traveled to Memphis with his friend, renowned Grammy Award winning producer Steve Jordan, to make a classic soul album with Hi Rhythm, the band that helped create that sound.

Jordan and Cray met in 1987 while working on the concert film Hail! Hail! Rock and Roll, a tribute to Chuck Berry. Steve produced Robert’s Grammy winning Take Your Shoes Off in 1999, and a number of other albums, including the exciting 4 Nights of 40 Years Live. He knew of Robert’s deep love of O.V. Wright and other Memphis soul legends, and suggested they take up residence at Royal Studios, where Wright, Ann Peebles, Al Green, Syl Johnson, Otis Clay and many others recorded with the venerable producer, songwriter, arranger and engineer, Willie Mitchell. The core of Mitchell’s Hi Rhythm band used on many of those landmark sessions was still around, though Mitchell himself had passed in 2010.

Set inside an old theater, the funky Royal Studios looks much as it did when Al Green was cutting those classics for Hi Records. Guitarist Teenie Hodges has passed away, but his brothers Rev. Charles Hodges (organ and piano) and Leroy “Flick” Hodges (bass), along with cousin Archie “Hubbie” Turner (keyboards), were still there. “It was a soul, rhythm and blues, fantasy camp for us. Those guys have been playing in that room for 50 years,” says Jordan.

Robert penned “You Had My Heart” and “The Way We Are,” two stunning love songs. Many timeless soul songs were statements in a time of turmoil, and so it is again with Cray’s “Just How Low.” The album opens with a driving, soulful version of Bill Withers’ “The Same Love That Made Me Laugh” that sounds as if it was originally from an old Hi Rhythm recording. Jay-Vee Records knows it’s very lucky to have these powerful songs. When Robert chose two Tony Joe White songs for the album, White, a big fan of Cray, came up from Nashville to sit in. First up is the moving ballad “Aspen, Colorado” (the sister song of his “Rainy Night in Georgia”). The other end of the spectrum is the swirling psychedelia of “Don’t Steal My Love.” The tribute to O.V. Wright and Hi Rhythm is the horn-driven version of “You Must Believe in Yourself.” Known for writing “Mustang Sally” and many other songs, Sir Mac Rice’s “I Don’t Care” follows on the album with an unforgettable hook, and Rice’s funky “Honey Bad” features more guitar brilliance from Cray. Moving into early R&B from the 5 Royales, Robert performs “I’m With You Pt. 1” then turns the guitar loose on “I’m With You Pt 2.”

“Robert is a great person besides an extraordinary talent,” says Steve. “People gravitate to his guitar playing first, but I think he’s one of the best singers I’ve heard in my life. Not only because of his singing ability, but his interpretations. He’s an honest soul.”

James M. Biehn got his first taste of music when he began playing the trumpet at the age of 10. He picked up a guitar shortly after and by the age of 13 was a featured soloist in the school jazz band. He continued playing guitar at Norwalk High School in Norwalk, Iowa where he won multiple soloist awards and helped the band win first place in the state competition two years in a row.

Throughout his high school and college years, James balanced his schoolwork with the rigors of recording and performing with his first band, the McKenzies. The band released two albums, “A Collective Sigh of Relief” and “Cold in September,” which collectively sold more than 2,000 copies.

James has continued to play live as a solo performer as well as with bands such as the Nadas, the Jeff Banks Band, Hyde Park, and Soapbox Prophets. He is a first-call studio musician in Iowa and has contributed to albums by the Nadas, Bonne Finken, the Josh Davis Band as well as various commercial works. He has opened for countless national touring bands such as Blues Traveler, Chris Isaak, Sonny Landreth, Gov’t Mule, Big Head Todd and the Monsters, King’s X, and many more.

In 2005, James was the winner of Lazer 103.3’s “Guitar Battle,” which earned him the opportunity to play onstage with the band Tesla. For two years running he was the regional winner in Guitar Center’s King of the Blues guitar competition.

In addition to his musician experience, James owns and operates Central Iowa Music Lab, a music lesson studio in Des Moines, Iowa. He currently oversees 12 other instructors as well as over 225 students. CIML teaches private lessons as well as Rock Lab group classes, getting students to work together as a team and learn the importance of making the whole thing sound good, not just individuals.

Besides his dedication to the local music scene and his many students, James is a devoted husband and father of five children.