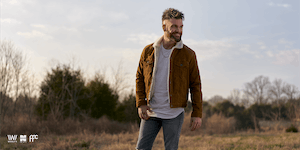 iCal
Google
Dylan Scott will be performing at Wooly's on Friday, July 9th, 2021.

When you grow up in the middle-of-nowhere Northeast Louisiana, a 20-minute drive from the nearest town, you learn a few lessons early on. Chief among them is this: If you want something done, you’ve got to make it happen yourself – even if it’s becoming a bona fide Country star. Just ask Curb Records talent Dylan Scott.

“You have to work at it if you want it,” the hitmaker says. “You can’t sit back and expect someone else to make it happen for you, you’ve gotta do it yourself.”

Scott has lived by that mantra his whole life, and lately he’s been rewarded for the effort. With his romantic, PLATINUM-certified #1 hit “My Girl,” GOLD-certified Top 5 smash “Hooked,” and Top 5 breakout album DYLAN SCOTT, he’s transformed real-life experience into chart-topping success, sold out some of the nation’s most famous venues on headline tours, and performed for millions on national TV. And now with his electrifying NOTHING TO DO TOWN - EP, a new chapter begins – one that proves no matter how far Scott comes, he won’t forget where he started.

“You gotta stay true to your hometown roots,” he says. “And I think the way you do that is to just be you.”

Lucky for him, Scott’s roots run deep in Country music. His father played guitar for stars like Freddy Fender and Freddie Hart, regaling the youngster with stories from the road and encouraging a love for soul-bearing icons like Keith Whitley, Alan Jackson, and Tim McGraw. Scott was still in high school when he arrived in Nashville to chase his own dreams, but his drive to succeed was obvious from the start.

He began writing songs with anyone who was willing, and hit the road hard for up to 200 shows each year. Then, after a blistering rise through the Country ranks, his bootstrap-pulling work ethic paid off. “My Girl” shot to the top of the radio charts in the summer of 2016, earning Scott his first-ever PLATINUM certification and revealing an artist with a knack for hot-and-heavy sensitivity plus a strong connection to fans, having surpassed 200 million views on YouTube alone with intense social media support.

Fans got the message, and Scott’s self-titled album debut landed at #5 on the Billboard Top Country Albums chart, helping boost his digital totals to over 600 million on-demand streams with sales topping 4 million to date. He made a triumphant Grand Ole Opry debut and commanded crowds exceeding 20,000 fans spanning his nearly sold-out NOTHING TO DO TOWN TOUR 2019. The addictive passion behind “Hooked” earned Scott another smash, becoming a GOLD-certified #2 and propelling him to be selected among Country Radio Seminar 2019’s New Faces of Country Music® Class of 2019 – a coveted industry honor recognizing him as one of the most promising artists of the coming year. But even amidst all that success, Scott is still looking home.

“Country is what I grew up on, but at the same time I listened to Pop and Hip-Hop and everything else,” he says, adding that his job as an artist is to evolve and welcome inspiration anywhere he can. “When you see fans smiling and forgetting about the work week and whatever’s going on in their life, that’s what it’s all about to me.”

With the album’s title track, the singer-songwriter takes a lifetime of small-town memories and puts them to verse. Co-written with Alderman and Cole Taylor, “Nothing to Do Town” celebrates the way Scott grew up – namely, making his own fun and being proud of where he came from. Chosen as the album’s first single, the up-tempo party-starter marked the biggest add date at Country radio of his career thus far, hinting at another hit in the making.

Meanwhile, more of Scott’s personal truth is revealed by the grooving “Look at Us Now,” marrying propulsive beats to a family-focused message inspired by the long-standing relationship between him and his high school sweetheart-now wife Blair.

“I just like to write songs people can relate to,” he explains, saying Blair and the couple’s young son, Beckett, continue to form the foundation of each track. “[Blair and I have] been together since we were 15, so she’s inspired it all. It’s just stuff that’s inside of me.”

What’s inside of him also includes “Nobody,” a soulmate-soundtrack framed by piano and dedicated to significant others who can still turn heads – and the knowledge that no matter what, they’re still coming home with you. “You Got Me” comes off like a breezy, front-porch anthem, while “Honey I’m Home” takes shelter in the warmth of true love – scoring points for its chill-bump-inducing chorus hook along the way – and “Anniversary” stands out as a steamy, R&B-inflected candlelight jam, complete with silk sheets and rose petals.

Together, those tracks mark the turning of a page for Scott, an artist whose red-hot rising stock is proven by the fact he just scored his first ever award nomination – up for Best New Country Artist at the 2019 iHeartRadio Music Awards. Things are about to get even crazier for Scott, as the dedicated father and family man can now say with certainty he’s making his dreams happen. But according to him, the lessons instilled by that “Nothing to Do Town” won’t fade.

“I tell people I grew up knowing what I wanted to do, and now I’m doing exactly that,” Scott says. “I’m in the spotlight a little bit now, but with the way my parents raised me, it’s not about being famous. This is all about the music and the fans.”